A new study shows that market concentration and profit margins have been stable in Norwegian industries for the last 25 years. This is in sharp contrast to the development in the US, and likely to be good news for Norwegian consumers.

A recent report from Menon Economics, commissioned by the Norwegian Competition Authority, has analyzed the development in market shares and profitability in Norwegian industries for the period 1992 to 2018. Based on annual accounting data of all Norwegian companies in 183 industries (excluding export industries), they find a slight reduction in concentration levels and that profit margins have been fairly stable over the period.

The findings from Norway are in marked contrast to the United States, where there has been a significant increase in both concentration levels and profit margins in the last decades. The increase in market shares and profits of big companies in the United States have generated a heated international debate, with many experts claiming this to be evidence of fading competition and the rise of market power to dominant firms at the expense of consumers.

For this reason, the Norwegian Competition Authority initiated a study to analyze the developments in market concentration and profitability in Norwegian industries. The results from the report by Menon Economics clearly show a different pattern for Norway than for the United States. While many factors, such as technology and globalization, can explain changes in market concentration and profitability in industries, competition policy has also been pointed at as a key factor.

The overall picture is that competition in Norwegian industries seems to be working well. This is likely to be good news for Norwegian consumers. However, that does not mean that there is healthy competition in all Norwegian markets. An active competition policy is still important.

You can read the report from Menon Economics here (in Norwegian) >>

The Competition Authority’s Chief Economist, Kurt Brekke, has written an article based on the findings in the report. You can read it here (in Norwegian) >> 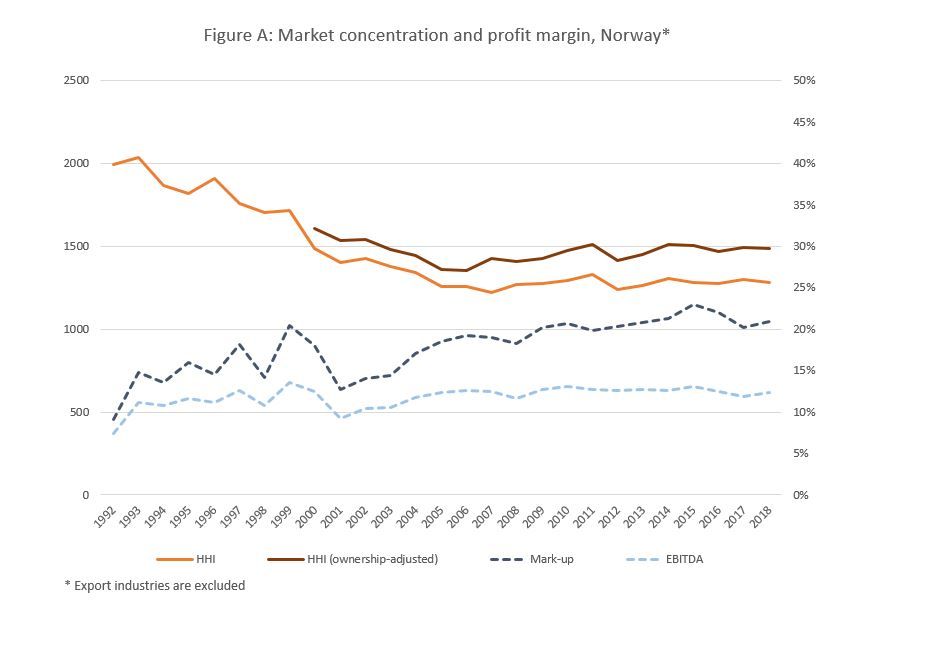 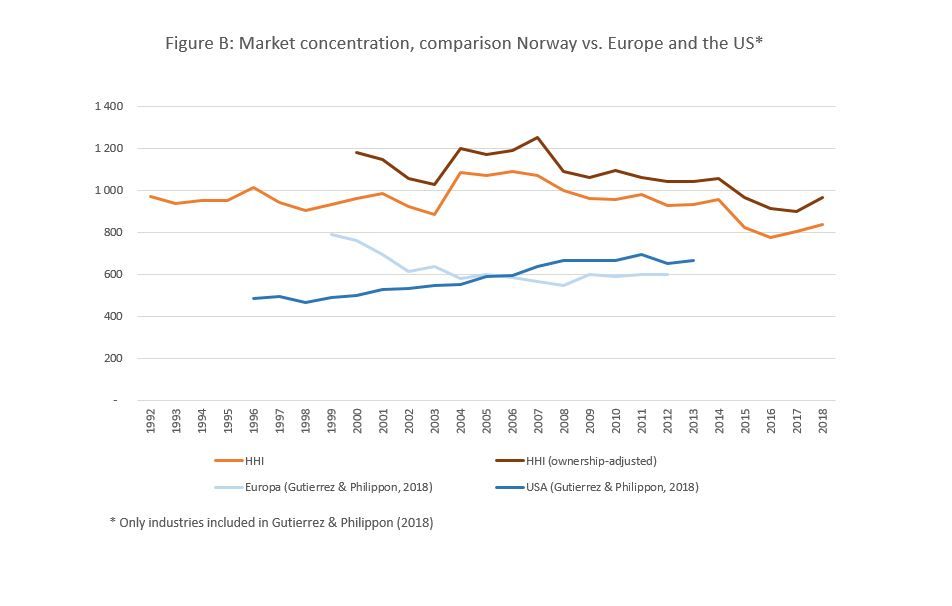 Share:Share on FacebookShare on TwitterShare with emailSkriv ut